Fall Down 7 Times, Get Up 8 (and have a little laugh along the way) 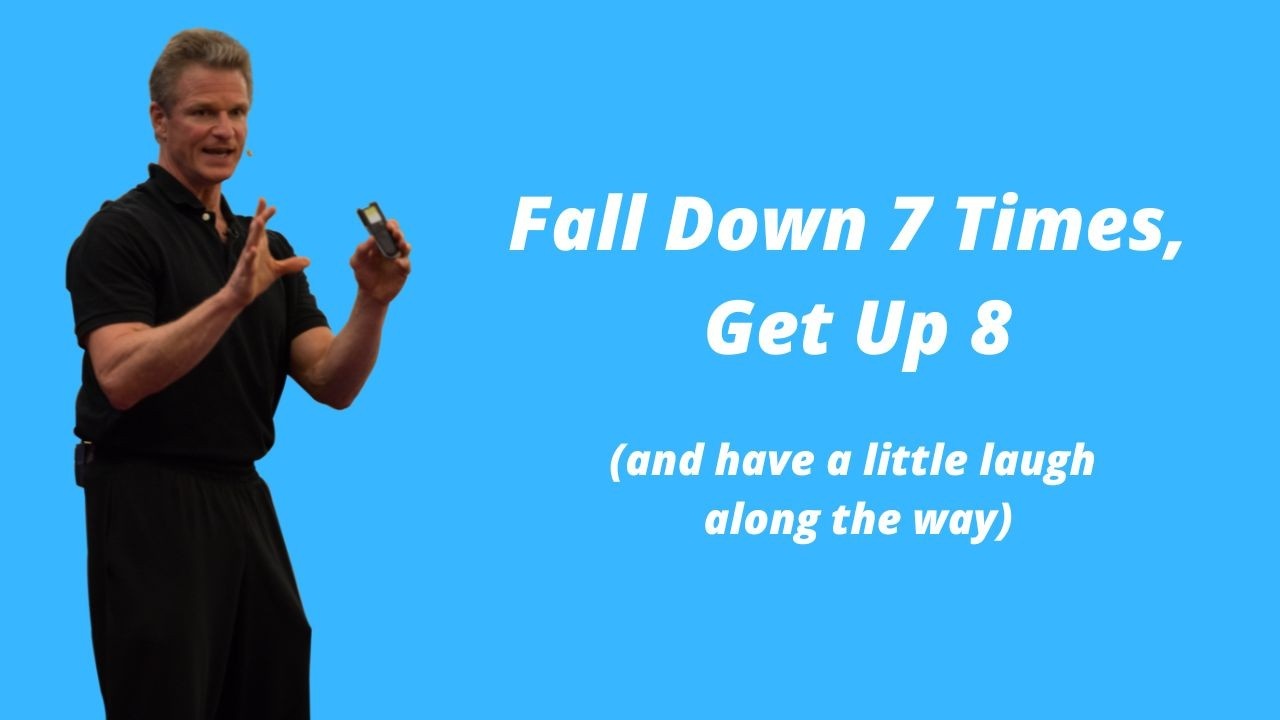 Fall down seven times, get up eight (and have a laugh along the way)"

- Ancient Japanese proverb (with an addition by me)

I was recently reminded of a story I wrote about in my book, Black Belt Leadership several years ago.

This story was initially intended to share a memorable personal story about parenthood.  However, after some reflection, I believe it can also serve us all as we explore our personal path of life-leadership and our in our quest to effectively, compassionately and courageously lead others.

When I first moved to Colorado several years ago, I decided to take up skiing for the first time.  Being an athlete and growing up in the Midwest, I had avoided skiing because of the potential of injury and lack of proximity to the ski resorts, but now the mountains were calling.

Being on skis for the first time, I was excited for a new physical challenge.  The excitement, however, was soon replaced by confusion, frustration and fear for my personal safety as I left the comfort of the instructional hill and went on to conquer the "green runs" by myself.

Fellow skier upon skier flashed by me and I grew more impatient with myself as I could not find the control of my body so familiar when I was on the athletic field or martial arts mat.

That is when I saw my then 5-year-old son, Jason, who was also having trouble navigating the hill for the first time.

Like me, he was finding that his joyous time in ski school had transformed into an experience of pain, frustration and humiliation with each fall. As I witnessed my son crying harder and harder with each "failure" to remain upright on his skis, I realized that with each disappointment and frustration I demonstrated as I fell, I was setting the example for how to handle this situation and giving Jason permission to do the same.

Then it hit me - what if I was to model the acceptance of imperfection for my son?  I waited for Jason to "roll" downhill to meet me and suggested we move down the rest of the run together.  I began down the hill ahead of him.

This time, however, each time I fell, I let out a roar of laughter and smiled at him.  Time and again, I made it up to my skis, went a few feet then fell in a heap, making each fall goofier and more playful than the last.

At first, Jason looked confused (he probably thought his father had lost his mind), but soon he began to relax and mimic the laughter each time he went down.  Soon it became a game to see who could demonstrate the most creative way of falling.

Eventually, the shift occurred.  The falling became less and less frequent, and we were both able to go much further without losing our balance and taking our usual face plant.  We quickly made it down the hill.  We then smiled at each other and decided to take another run.

So, what does this story have to do with how we show up as leaders?

I have many times felt that to be a good leader (or parent), I had to show perfection and infallibility, frequently hiding my mistakes or imperfections out of embarrassment.

However, as the story above illustrates, sometimes the best examples we can demonstrate as leaders is not our infallibility, but how we deal with obstacles, how we fall down and get back up and how we then handle frustrating situations with grace and resilience.

We literally teach those who we lead it is OK to "fall and get back up".

This week, I challenge all of us to show our vulnerability as leaders when dealing with obstacles.  Allow those whom we lead to see us struggle and do our best to overcome obstacles.  And when we do fall, get back up and have a little chuckle along the way.

PS:  If you have ever found yourself leading through being vulnerable and have a good story to share, I'd love to hear it.

Subscribe to my blog and receive a FREE CHAPTER of my Amazon #1 best-selling book, "BREAKING THROUGH: 3 Winning Strategies to Create Breakthrough Results in Your Life, Business and Relationships!"

Subscribe to receive your weekly "Mind of a Champion Tip of the Week" Blog!